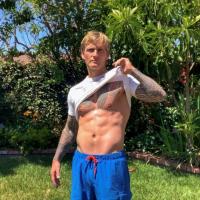 Which Herbalife Nutrition Product Are You?

10 Wellness Tips to Practice Every Day

Why Carbohydrates Are So Important For Athletes Carbohydrates are the best fuel for the body’s engine - more so than proteins or fats – and the right carbs, taken at the right time, are key to good athletic performance.

Carbohydrates are the most important source of fuel in an athlete’s diet.  And yet, some athletes experiment with popular low-carbohydrate regimens, believing (mistakenly) that these diets will somehow “train” the body to burn more fat for fuel, or that carbohydrates interfere with the body’s ability to burn fat. But carbohydrates are a critically important energy source during exercise – and, in fact, the body cannot use fat for energy unless carbohydrate is present.

Why Carbohydrates Are So Important for Athletes

Carbohydrates are the fuel that makes the body’s engine run, and athletes need plenty of carbohydrates before, during and after exercise.

While fats can be (and are) used as a source of energy, the main function of the carbohydrates you eat is to supply energy to cells.  This is particularly true for high-intensity exercise – the level at which most athletes train and compete.

The body generates energy from carbohydrates much more rapidly than it does from fat, and the brain and central nervous system rely exclusively on carbohydrate for fuel.

And, it’s often said that “fats burn in a carbohydrate flame” in the body.  What this means is that in order for fats to be broken down completely – which results in the release of energy – carbohydrate breakdown has to happen simultaneously.

Eating enough carbohydrate is also important because it helps prevent the body from using protein for energy.  While your body can use protein to supply energy, the protein you eat supports many more important functions in the body - its primary role is to build body proteins such as muscle, bone, skin, hair, enzymes and hormones.

If you were to burn protein as an energy source, it would impact the body’s ability to perform these more important functions.

When you digest the carbs in the foods you eat, the end product enters your bloodstream in the form of glucose, or blood sugar, which is then transported to the cells to be used for energy.

Any glucose that is not used immediately can be converted into a storage form of carbohydrate - called glycogen - which gets stashed away in your liver and muscles where it can be tapped into during activity.

Working muscles require a steady source of fuel – which can come from both the bloodstream and from the glycogen that is stored away.   But there’s a limit to how much glycogen your body can store, and if activity lasts long enough, the glycogen stores can become depleted.  That is why it’s so important to fuel properly – and regularly.

Athletes Need Carbohydrates Before, During and After Exercise

For the average person, a well-balanced diet will usually provide enough carbohydrate to fuel daily activity.  But athletes who train hard know that they need to properly fuel up before starting out, and to keep the carbs coming in during activity and to refuel properly afterwards.

If your regular workouts are strenuous and longer than an hour or so, here are some tips to keep your performance at its peak: